This post is part of our Friday Feeling series. A different take on life from someone at Dentally each week-ish (we're not all about Dental Software!). This week our lead account manager, Adam, tells us all about his very first job (snake attack included)

It was just the other day I was in the pub with my friends and we got chatting about the previous jobs we all had and how different our lives would be if we had stayed where we were when we left school.

I then remembered something that happened at my first job that completely changed my career path.

When I left school I went to college that didn’t work out too well but that is a story for another time.

A friend of mine told me about an agency that helped him secure an apprenticeship. So I got in touch and I ended up joining a pest control company as an apprentice bird prevention officer. So basically I put netting on the side of buildings. The really glamorous part of my job was to go into places where no human had gone in 200+ years like bell towers of churches and remove several feet of very old bird faeces. I also spent some time wandering around the sewers baiting rats boxes, so as you can see this was a very glamorous and well sought after job.

The thing was I really enjoyed it and as a 17 year old the money was amazing. I used to travel the country, meeting lots of interesting characters and I even took a course so I could operate a truck mounted 80ft hoist.

Things were going well until we were finishing a fumigation at a flour mill in Rotherham. It was about 7pm and we took a call from the office telling us to get to Bradford as quick as we can all hands on deck.

So off we went up to Bradford. The weather was awful. It was raining cats and dogs as they say.

We reached this warehouse that is the size of 2 football fields at around 9pm.
There were 10 of us including my gaffer.

What he said to us on our arrival I can still remember very clearly even now.

“Right lads I am going to keep it simple.” In this warehouse there is a large rattle snake slithering around that we need to catch. Good luck as I am going home, oh the lights don’t work”

We later found out that the snake had travelled over in a crate of bananas.

So for 10 minutes we all discussed a plan of attack. We really did not have the right gear to catch a large snake. So we kitted up with whatever we thought were useful.

So armed with torches, bat catching nets, and various other equipment we creeped inside.

Even now I can still recall the fear we all felt as we went into that warehouse. The rain was coming down hard on the flat roof, there were no lights on and we could hear the rattle of the snake which echoed through the warehouse.

So within ten minutes the 9 that went in only 6 of us remained as 3 of them left very quickly for various reasons.

After about 30 minutes I remember I went around a corner and saw a crate of bananas on the floor. Oh dear I had found the crate the snake had come from.

I don’t know if my senses were playing tricks on me but I could swear the rattle was getting louder. Then at the end of the aisle I could vaguely see something moving. It was coming towards me.
I said to myself. “Come on Adam you are a trained professional, you know what to do”
T
hat did not matter, I turned around and ran faster than Linford Christie out of that warehouse.
My colleague who was close to my proximity heard me run off and went to investigate and claims he saw a mouse behind me which to this day he claims is what I ran away from.

It was about 20 minutes when the rest of the group came out. They had caught the snake in a net and then but a box over it and left it in the warehouse for a animal sanctuary to collect when they arrived.

Two days later I handed my notice in. I realised I did not want to be doing this the rest of my life.

Thinking back that event completely changed my life and I don’t regret any of it, even the running away part. 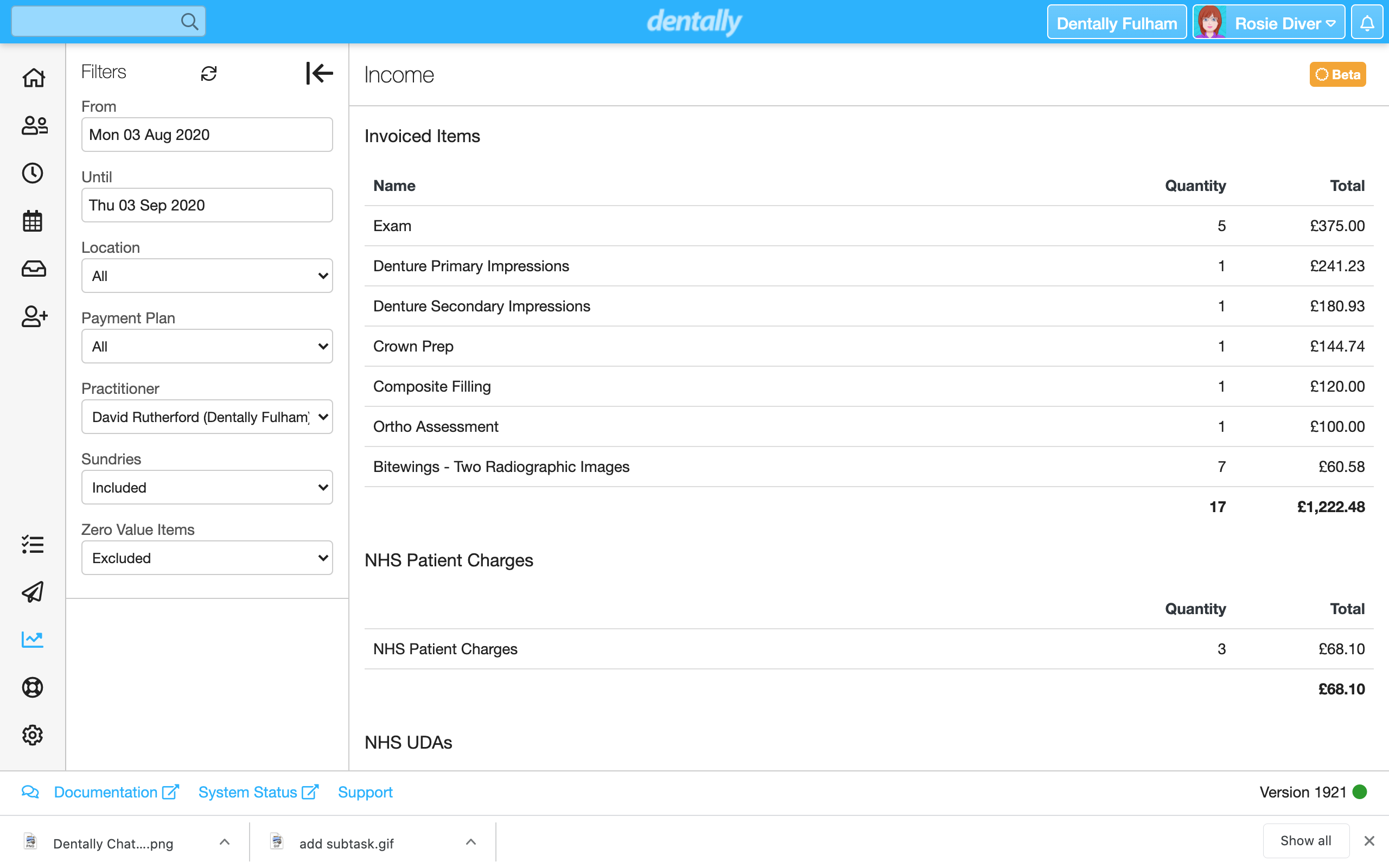 Welcome to Friday series of blogs about Reporting.   This week we look at the Income Report. 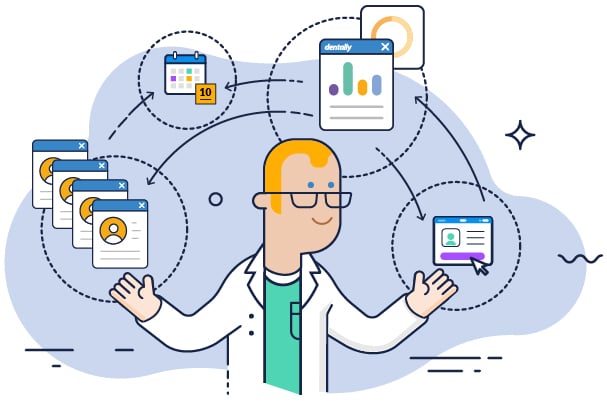 Welcome to Friday series of blogs about Reporting.   This week we look at The Appointments Report. 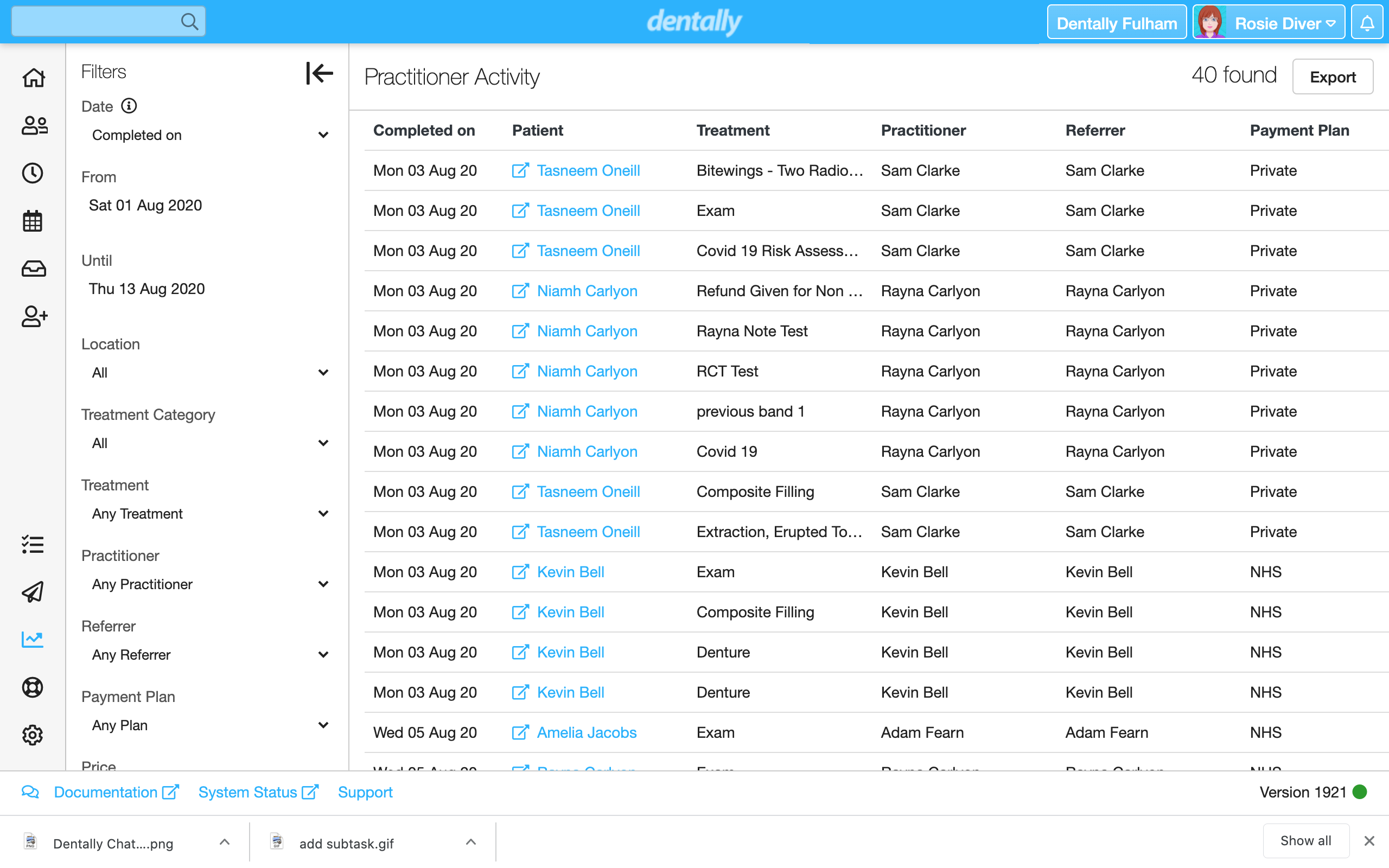 Welcome to Friday series of blogs about Reporting.   This week we look at The Practitioner Activity...